Covid-19: Information about services during the pandemic, including visiting people in our care

A local mum determined to break the stigma of living with HIV has opened up on World AIDS Day about what it’s really like.

Memory Sachikonye’s life was turned upside down when she was told by doctors that she had contracted HIV over 19 years ago.

She was told the news in 2002 after she fell ill whilst visiting England and it was during a time when thousands of people with HIV were dying in her home country of Zimbabwe.

Sadly, Memory thought HIV would take her life too.

Memory described it as being hit with a “death sentence” as treatment for HIV was nowhere near as advanced as it is now.

But thanks to the 19 years of support, help and treatment from North Mid’s Alexander Pringle Centre (APC), she hasn’t looked back since.

She is now fuelled by the desire of breaking the stigma in society – something she has suffered with for years.

Memory said: “When I was told I had it, my body went into shock. I honestly thought I was going to go back home in a coffin. I was working at a good job in Zimbabwe, my son was 15 at the time and I was 34 and of course my whole life changed.

“I had to start adjusting to accepting that I was actually living with HIV which at first was the hardest thing.

“It was difficult but I was fortunate enough to be referred to a peer support group called Positively Women where I met other women and other people living with HIV who inspired me.

“I had to deal with a lot of social issues because of the stigma that comes with HIV about who you are and who you’ve slept with.

“But in reality, any adult who has sex is at risk of getting HIV.”

Even though HIV treatment has dramatically improved saving millions of lives over the years, in society, having the condition is still associated with such negativity.

And this is what Memory is motivated to change as people across the world continue to get the virus.

She said: “HIV is not a death sentence anymore. You can live a happy and normal life.

“I'm sharing my story because I want everybody to get tested. You know the sooner you get tested, the better the outcome is.

“If you get it, it’s not like how it was in the old days, just look at the treatment. It is very simplified now and you can live a really happy life.

“I look like any other person on the streets or where I work. I'm still a mother; I'm still a friend to my friends and I still do everything I want to do as a woman.

“I'm now in my 50s, menopausal and can be a grumpy old woman worrying about the menopause, hot flushes, and everything else but not HIV. I'm also a renal patient. I had a kidney transplant in 2015 which gave me like my third lease of life.”

Throughout her journey, Memory has seen HIV treatment and the impact it has on people change dramatically.

She has gone from taking 18 tablets a day to now taking two and is feeling as healthy and as positive as ever.

She strongly believes that life for people living with HIV will only just get better.

One of the latest international campaigns is U=U which raises awareness of HIV treatment. Ultimately for people with HIV, if they have been taking effective HIV treatment and their viral load has been undetectable for 6 months or more, it means they cannot pass the virus on through sex.

At the North Mid, patients with HIV were first admitted 30 years ago to the T1 ward in the Tower building and now the centre has about 1,400 patients. 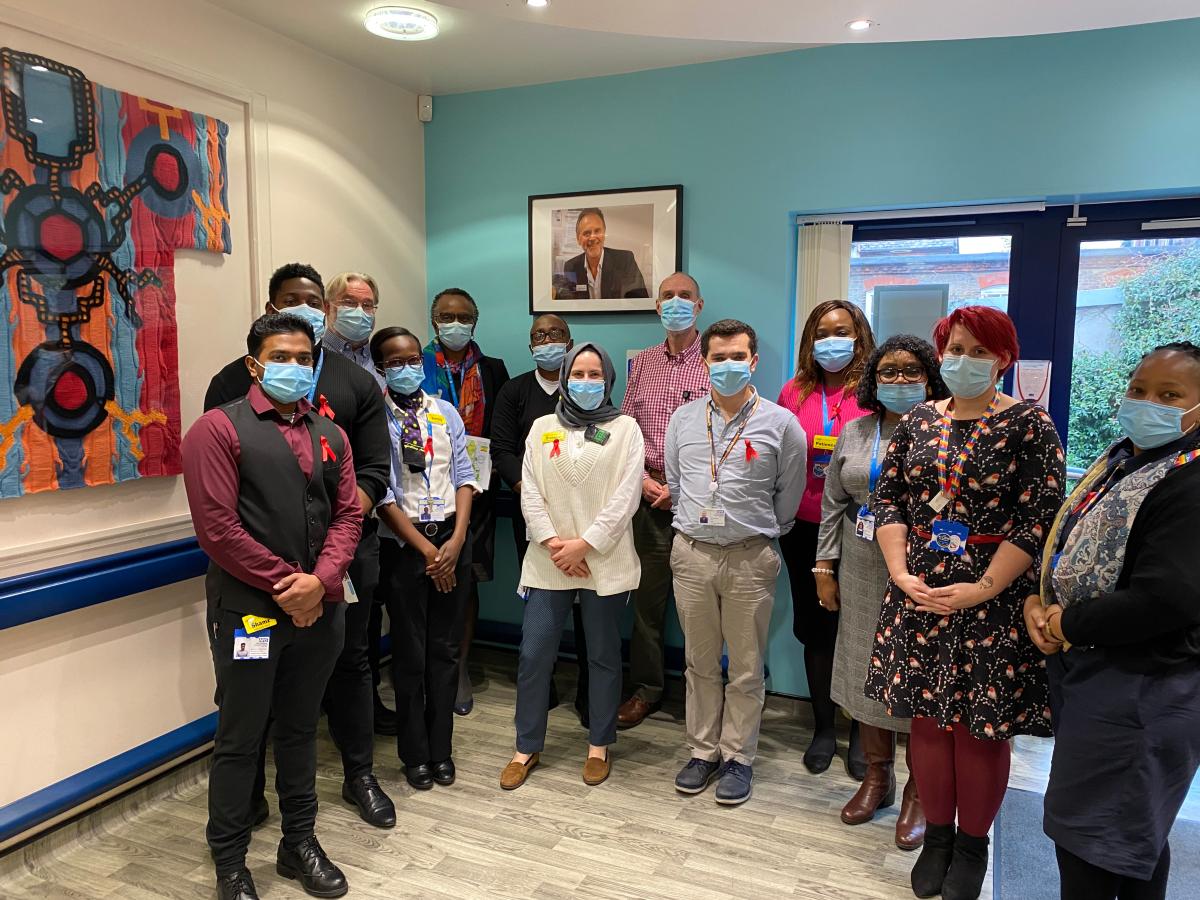 Dr Emily Cheserem, a consultant in Sexual Health and HIV at APC, said: “We have patients who are enjoying life in their 80s and 90s, and on the other end of the spectrum, over 600 negative children have been born to patients living with HIV at North Mid.

“This all goes to show that people living with HIV can enjoy healthy, fulfilling lives, participating in all aspects of life just as everyone else does.”

Memory believes this will help with the social stigma.

She added: “I mean from recent science and data conferences that I've attended; there are a lot of other things in the pipeline that looks positive.

“We are looking at having long term treatment, long acting agents for HIV where you might get an injection every two months, or a tablet every three or four months or just get an implant or an injection.

“So it's quite exciting and I think everyone should just look at HIV like any other normal chronic condition.”

One thing that Memory is certain on is without the help of APC at North Mid, life would have been much harder.

She said: “It's the friendliness, the openness of the centre. I remember when I first walked into the centre, when it was in the Tower block.

“I walked into the reception, there was a receptionist called Lucy and I gave her my name once when she was taking my details. I came back two weeks later for my treatment to start and as soon as I walked in, she says to me ‘Hi Memory’ and I was a bit shocked.

“I thought is my HIV that bad that she remembers my name but in reality that’s how nice they all are.

“You get treated like an equal. They listen and always put you first and they make me feel very comfortable.

“I mean, I really love them. I just love everyone in the unit. They have done a lot for me, you know and I'm grateful.”