A midwife who scooped a staff prize and a coveted Cavell Trust ‘Star’ award for her work in setting up breastfeeding support groups across Enfield and Haringey has explained how it’s mums’ feedback that really shows how she and her colleagues know their work is really hitting the mark.

North Mid’s Jane Hally, who was presented with her Cavell ‘Star’ trophy last month – hot on the heels of receiving ‘highly commended’ in North Mid’s own staff awards in Spring – said that the friendship and connections offered by community breastfeeding groups were as valuable as the practical help and advice they offer.

She added that feedback in which parents describe their membership of the groups as “100% satisfaction” is just as important to the North Mid maternity team as the fact that three-quarters of mums were still breastfeeding exclusively when their baby was six months.

Nine out of 10 women who give birth at North Mid start breastfeeding, much higher than the national average, but across the UK many women say they encounter numerous hurdles and hiccups in breastfeeding, from sore nipples to worries about volume. With many mums already telling their midwives and health visitors they find being a new parent “lonely and isolating”, the challenges facing new parents can add up.

“Our groups are open to anyone no matter where they are on their breastfeeding journey, not just brand new mums, so they are always there for any new parent to drop in. Because they are in existing community cafés, not at the hospital, you can bring a partner or grandparent or another friend if you want, but you’re also welcome to come alone – our families tell us that you might join as a newbie, but you’ll leave with firm friends by your side!” 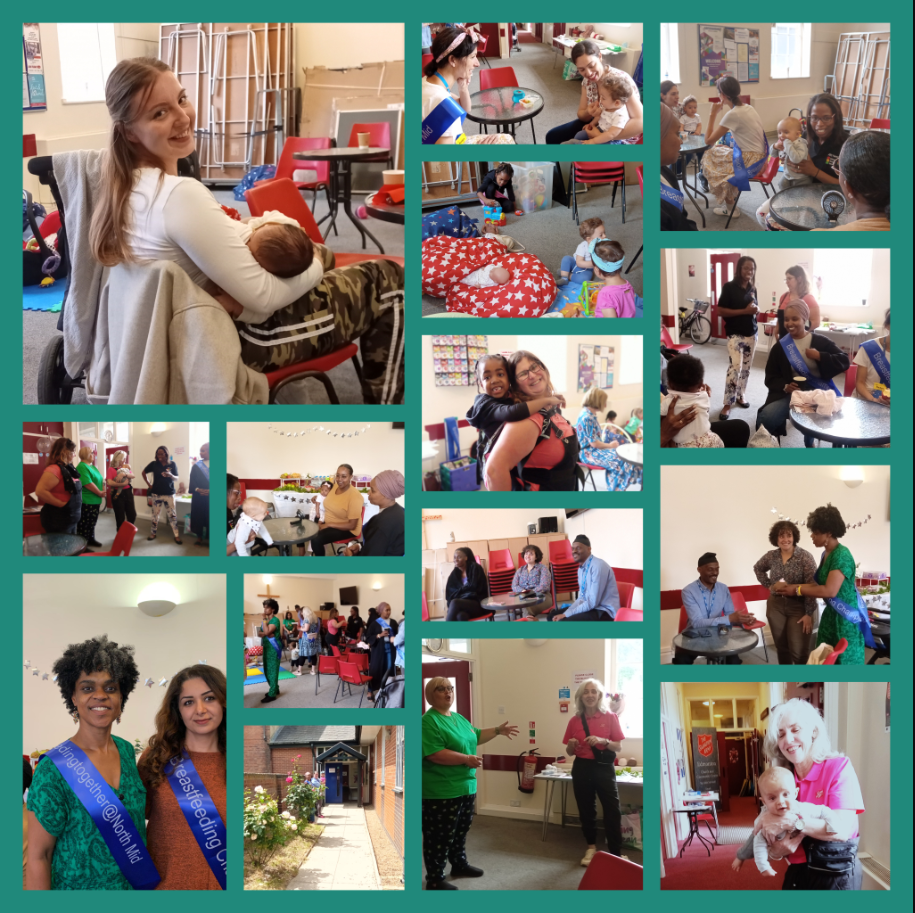 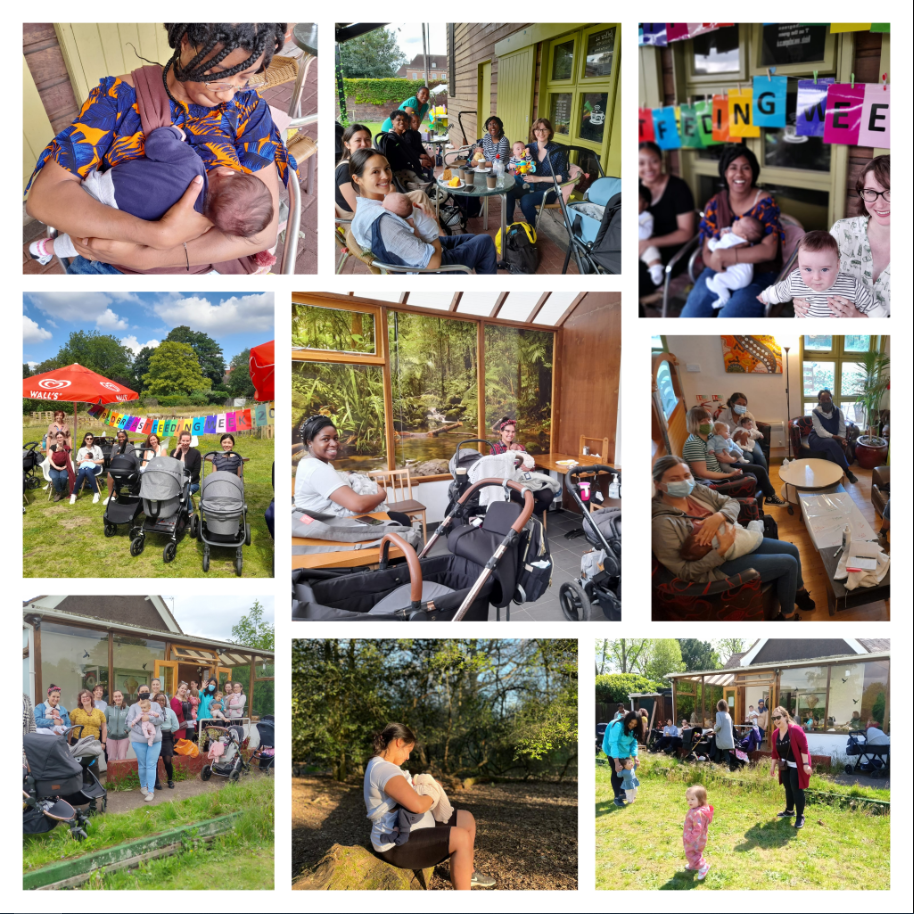 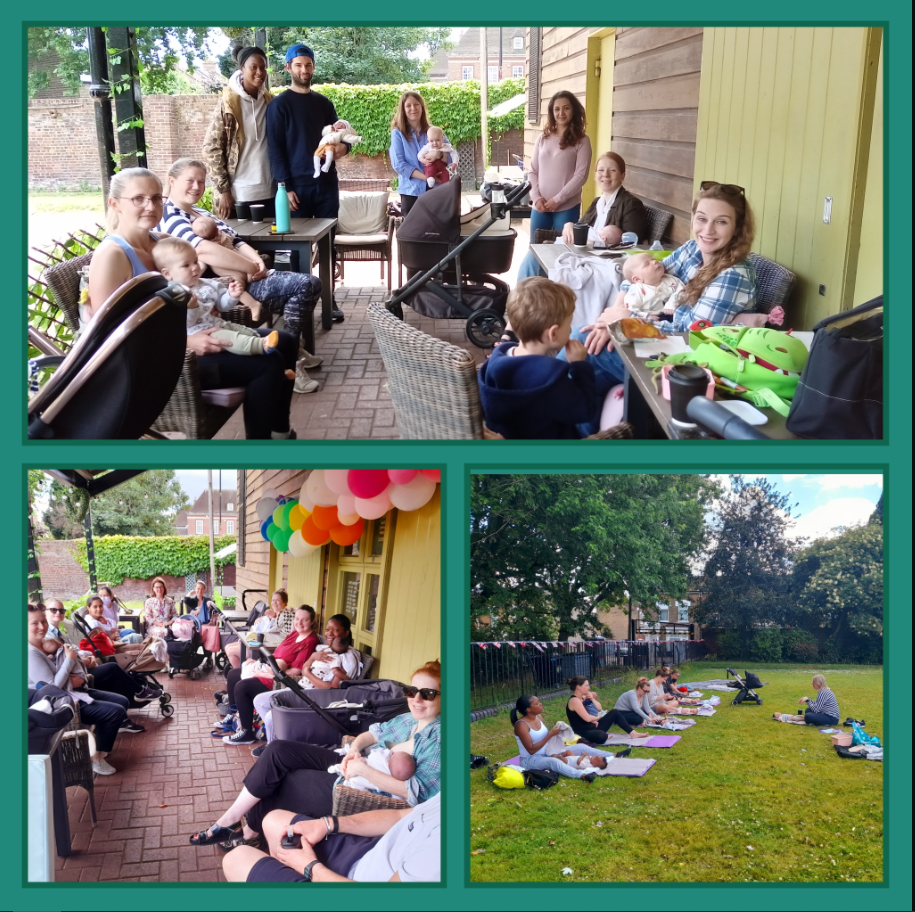 Jane’s award-winning accomplishments have been made possible by close working with colleagues including specialist health visitor Adele Houldsworth, who co-hosts the Enfield breastfeeding group, and the team who run North Mid’s – also award-winning! – ABC Parents programme.

The peer support workers also host parent-only WhatsApp groups, so that breastfeeding mums can ask queries of each other, share tips and techniques, and be confident they are among friends, while still having access to top-quality evidence-based advice and help from midwives if a query needs some additional expertise or professional response.

As National Breastfeeding Week 2022 draws to a close, Jane reflected on the true team effort that goes into making the breastfeeding support groups so well received by parents:

“Being told I had been awarded a Cavell Trust ‘Star’ was lovely because I do work hard, but I wouldn’t be able to do this alone – the sheer generosity of our local parents, wanting to help each other, other mums, even people they don’t yet know – that’s what is really amazing.”

“It’s typical of Jane that she shares the credit with everyone involved, and it’s something that always makes me very proud of the North Mid nursing, midwifery and therapy teams – every single one is a star, and together they make a galaxy of brilliance.”

Find out more about our postnatal services including breastfeeding support in your community.