Posted Tuesday, 3 May 2022 by Charlie Reynolds

The team from North Mid's S2 Ward were invited down to the club’s Premier League clash against Leicester City by the Spurs star on the weekend (1 May 2022).

After helping his team secure a 3-1 win, Pierre took some time after the match to spend some time with the nurses and grab some pictures.

Pierre showed his gratitude for all their hard work during the pandemic by inviting the team down to the game for some hospitality and meeting them all face to face in time for International Nurses Day later this month.

The team virtually met Pierre last year after winning an award at Our Staff Awards and a raffle prize which was a virtual meet and greet with a Tottenham player.

Pierre also sent all seven nurses a signed shirt each alongside the invitation to the Leicester game. 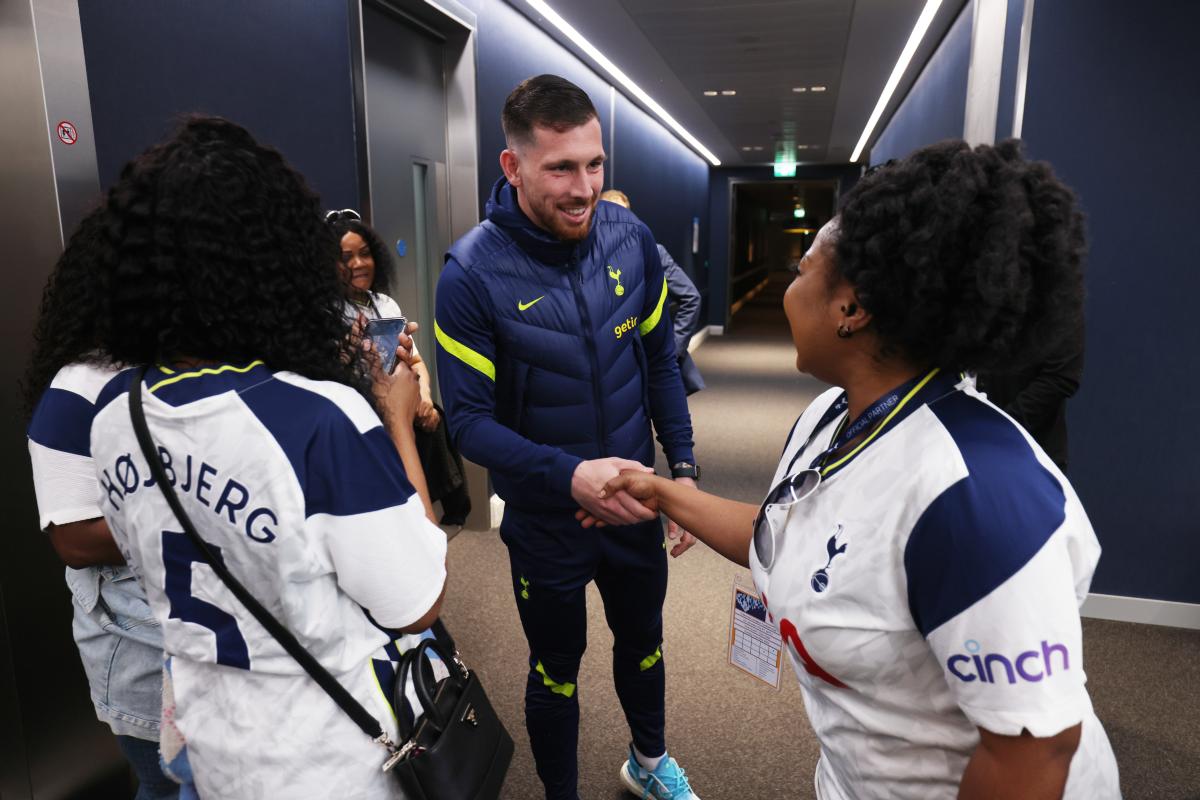 Nurses cheered Pierre and the team on from their seats and were left blown away by his class on the pitch and off of it.

Caryl Joseph, Ward Manager for S2 at North Middlesex University Hospital, said: “It was so much fun to meet and spend time with Pierre, and watch him and team win the match 3-1.

“We are extremely grateful to Pierre and the club for organising the day and giving us a once-in-a-lifetime experience that we will never forget.”

Pierre-Emile Højbjerg, midfielder for Tottenham Hotspur Football Club, said last year after meeting the team: “This past year has shown the world how important nurses are, and the vital role they play. It was a privilege to join the nurses today from North Middlesex Hospital and it was fantastic to be able to celebrate International Nurses Day with them.

"On behalf of everyone at Tottenham Hotspur, thank you for all the incredible work you continue to do.”