A local star has teamed up with North Middlesex University Hospital NHS Trust in raising awareness of HIV and AIDS on World AIDS Day.

Popular drag queen artist Sissy Lea threw a special performance for staff outside the Trust Head Quarters to promote talking openly about HIV, breaking the stigma associated with the virus and encouraging everyone to get tested regularly.

The performance was just one of the many ways staff at North Mid and the team at the Alexander Pringle Centre (APC) raised awareness on the day.

The APC team held a stall in the hospital’s atrium all day providing staff and visitors with useful information packs about HIV, talking about U=U, sexual health and more.

The team were also giving out red ribbons for people to wear around the hospital to promote World AIDS Day. 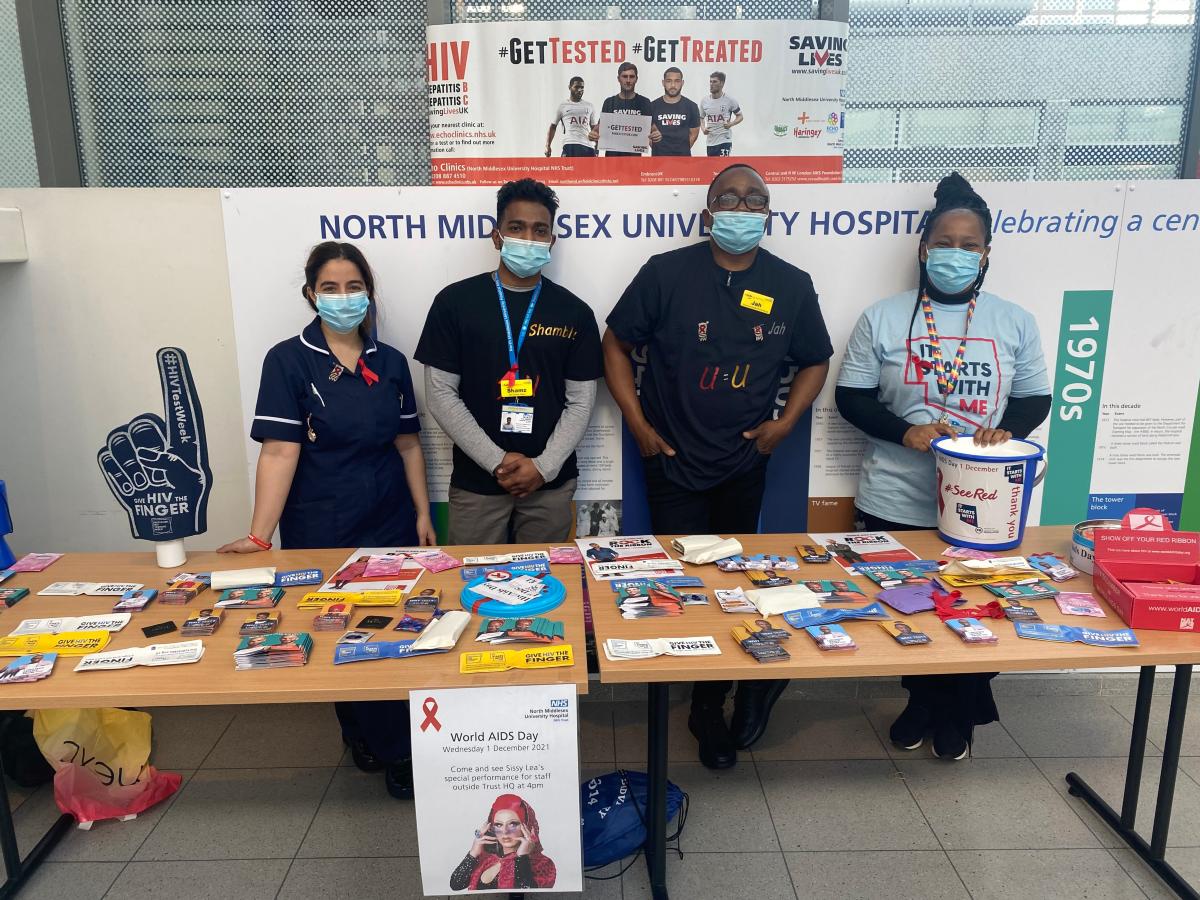 HIV was first identified in 1981 and such amazing progress has been made to this date. 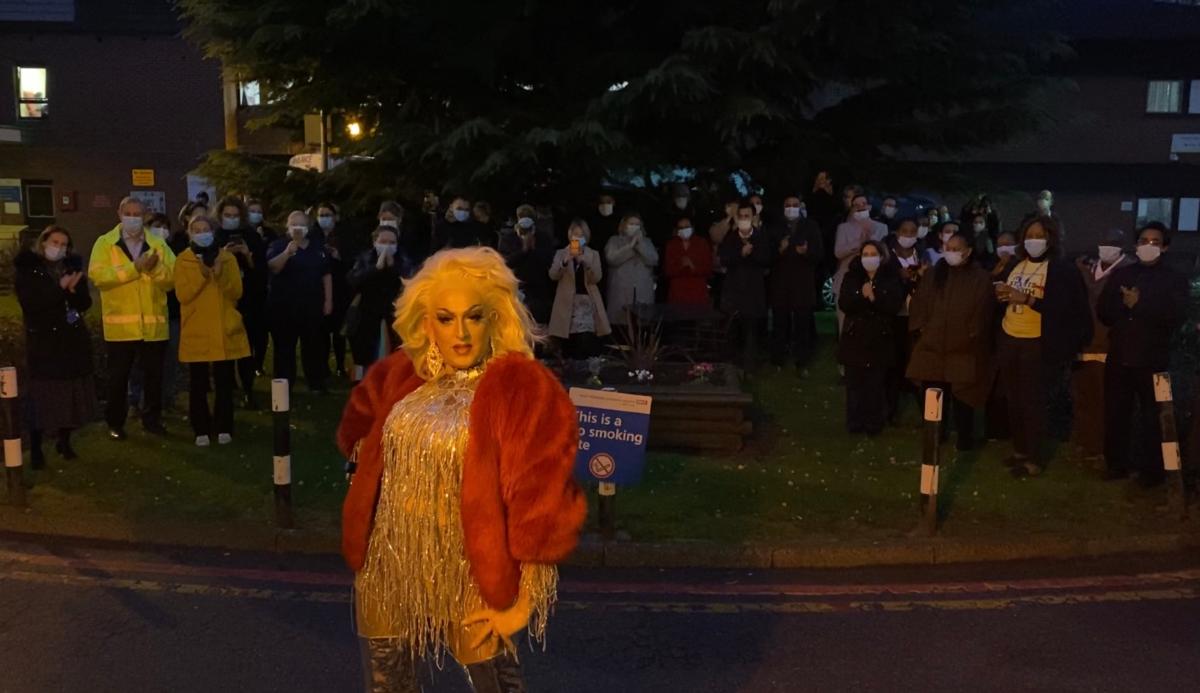 For years after the emergence of the virus, there was no effective treatment so many people got ill very quickly and sadly died. However, since antiretroviral medication was introduced in 1996, it is now a treatable condition, taking treatment is much simpler, with far fewer side effects.

At North Mid, patients with HIV were first admitted 30 years ago to T1 ward in the Tower building. The unit was named after the founder, Dr Alexander Pringle, and now has about 1,400 patients.

Dr Emily Cheserem, consultant in Sexual Health and HIV at the Alexander Pringle Centre at North Mid added: “Thanks to these early pioneers and the success of medication, we still have patients who were diagnosed all the way back in 1991, when they didn’t know that 30 years later they would be alive and healthy.

“We have patients who are enjoying life in their 80s and 90s, and on the other end of the spectrum, over 600 negative children have been born to patients living with HIV at the North Mid. This all goes to show that people living with HIV can enjoy healthy, fulfilling lives, participating in all aspects of life just as everyone else does.

“A vital message is U=U, which stands for “Undetectable equals Untransmittable.’ This means that a person living with HIV, who is taking effective treatment, cannot pass HIV to their sexual partners.

“We encourage people to test for HIV, and have recently been carrying out HIV testing in the North Middlesex Emergency Department.” 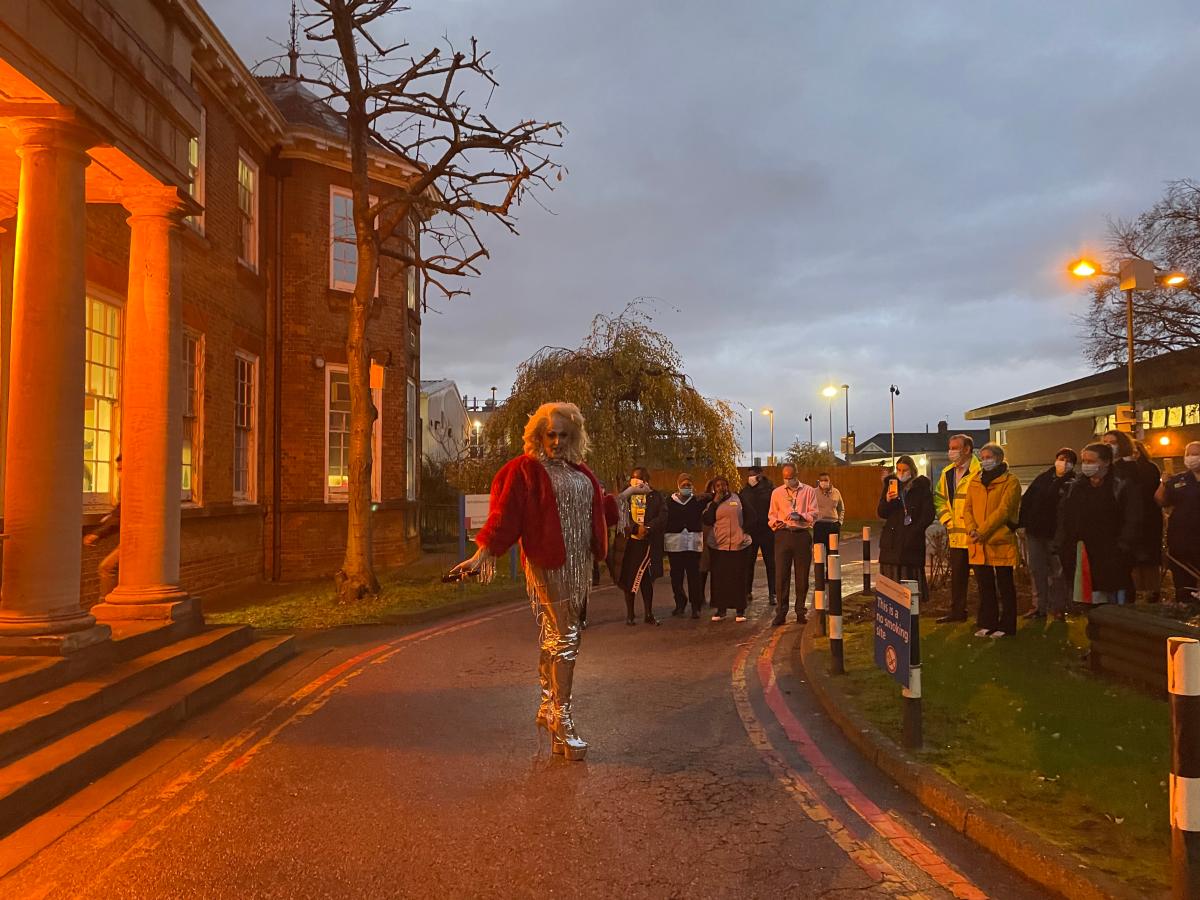 Drag queen Sissy Lea is also passionate about encouraging more people to be tested for HIV and joining North Mid in spreading the message on World AIDS Day (1 December).

She said: “HIV and AIDS is a very important matter that we need to discuss. Events like the one organised by North Mid are much needed so that we can break the stigma.

“HIV and AIDS is not something that affects only gay people but everyone. By raising awareness we can encourage everyone to get tested regularly and promote safe sex.

“I am honoured to be contributing to this event.

“Drag Queens have a long history of being strong positive representatives of the queer community. I hope that just like drag is now becoming a lot more mainstream that the issues around HIV and AIDS also become mainstream so that everyone feels comfortable to ask questions and know where they can receive support and get tested regularly.”

Read our interview with Memory who shared her experiences of what living with HIV for 19 years has been like here. 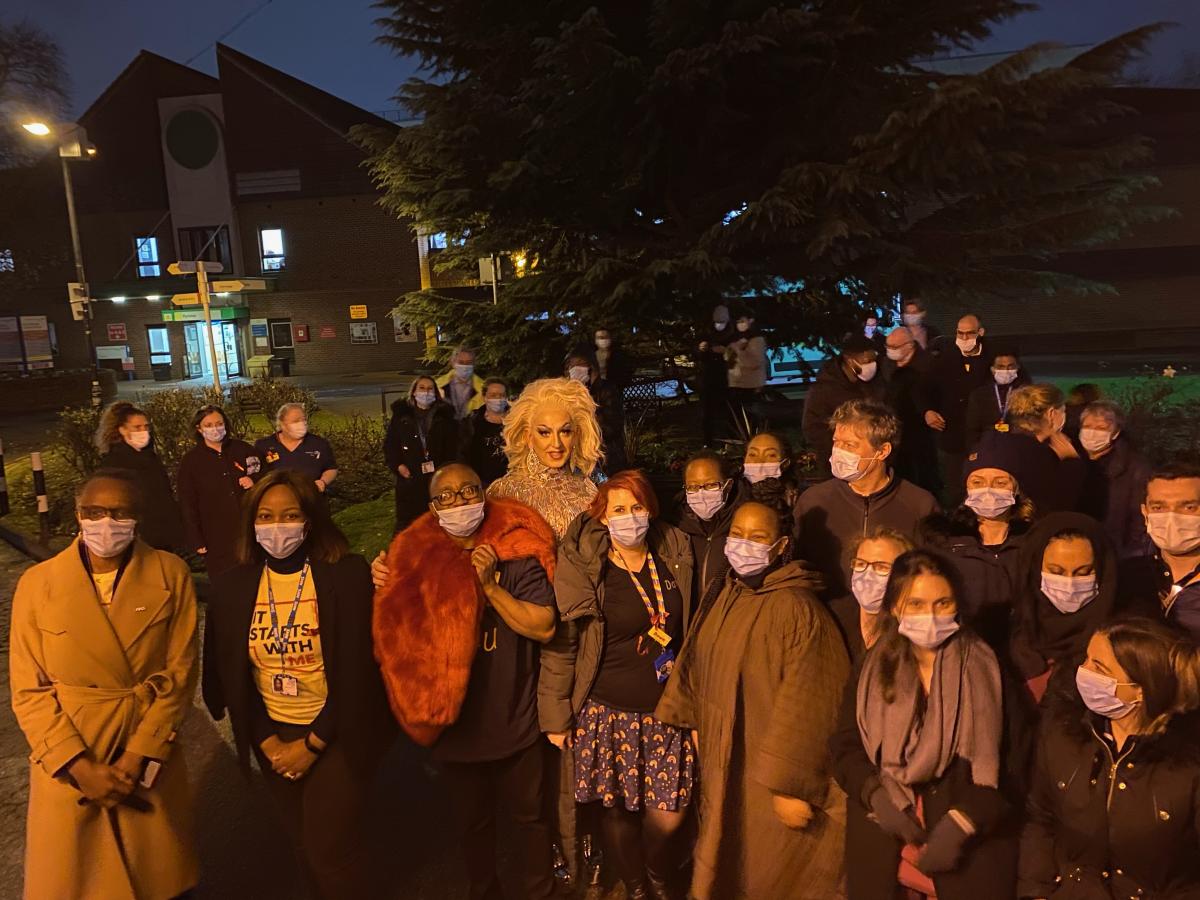