The event was hosted by the Duchess of Cambridge Kate Middleton, and she welcomed thousands of guests including North Mid’s Patricia Ighomereho and Janet Saldiray.

Those who get invited get nominated because, in some way or another, they have made a positive impact on the community. In Patricia’s and Janet’s case, it was due to their fantastic work during the Covid-19 pandemic.

The pair, who have committed over 75 years to the NHS, worked tirelessly during Covid-19 with their crucial work in the SIREN study and track and trace at the Trust – which they still continue.

SIREN has been an overwhelming success nationally but also at North Mid – becoming one of the largest recruiters with over 700 staff.

The study investigates immunity, re-infection and antibodies for Covid-19 in healthcare workers and has been published in peer-reviewed scientific journals and has directly informed UK Government policy, including the roadmap out of lockdown. 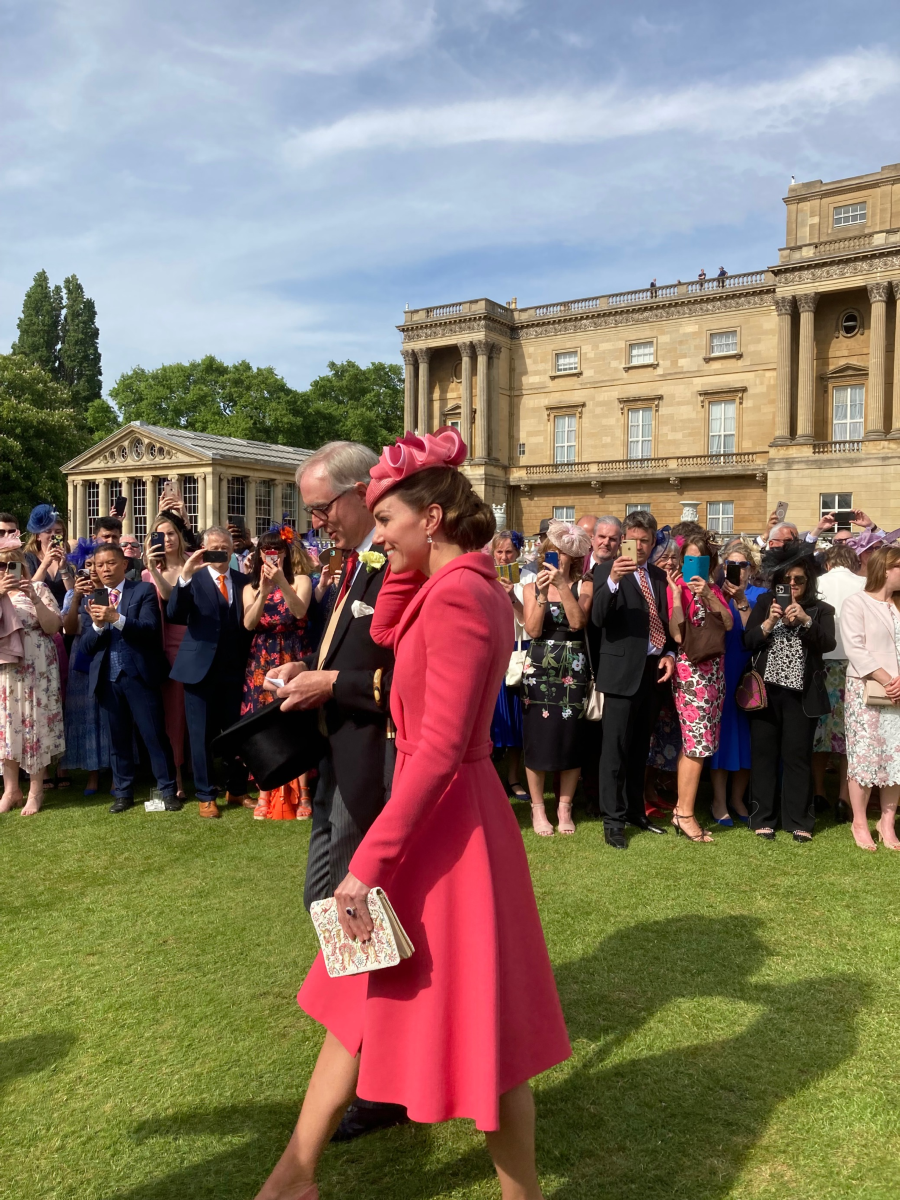 Janet, who leads the study at North Mid, started her career in nursing in 1975 and joined North Mid in 1986 working across multiple departments.

Putting her retirement plans on hold at the start of the pandemic, Janet has now said getting invited to such a prestigious event was the icing on the cake of her career and is something her and Patricia will never forget.

Patricia qualified as a staff nurse in 1988 in Nigeria and started her work in the NHS in 1994. During the pandemic, as occupational health manager, Patricia was instrumental in track and trace and also led the administration of the Astra Zeneca vaccine.

Patricia and Janet said: “We both feel very honoured and proud to be nominated to attend this wonderful occasion. It is something we will cherish and never forget.

“The day was absolutely wonderful, made especially special by being held in such an iconic building and beautiful palace gardens.

“It was an unforgettable experience to be so close to the Duchess of Cambridge and one which we will treasure.”